It is always with some trepidation that we try organising a celebratory event and the Platinum Jubilee was no exception. Weather, food, entertainment, raffle or tombola?  Throw everything into the mix and come up with a plan.  Fortunately we have a super efficient secretary in Charlotte, who put in an enormous amount of work with tickets, prizes and showing the pageant on the big screen.

Although the weather wasn’t great, being all inside seemed to help create a lovely atmosphere.  The children’s fancy dress saw some wonderful outfits and judge Susie Mathis gave first prize to “Mary Poppins” –  George and Sheila Johnson’s granddaughter.

A good display of jubilee themed cakes was judged by Elizabeth Bridge and Ester McVey.  The winner was Liz Wright with nine year old Mia Ryan a close second.  Afterwards, the cakes were cut up and sold off, the money going to our chosen charity –  Northwest Air Ambulance.

The entertainment finale was provided by The Canute Male Voice Choir led by David Roberts.  They had everyone singing along to old favourites from around the UK.

The afternoon ended with an enormous raffle thanks to local businesses and individuals for giving some tremendous prizes.

Thanks to Lyn and Val for selling the tickets, to Helen for dispensing Pyms and to Ann and Neville for manning the hot drinks station.  Also Jean and Lionel who were a great help clearing up on Monday.

We have received many favourable comments which makes all the hard work worthwhile.

The total surplus over expenditure, which will go to as previously stated, NW Air Ambulance, is £650.

Alan Greenway, on behalf of the Jubilee Committee.

The Chairman Cllr Walker laid a wreath on behalf of the residents of Mere at the cenotaph on Remembrance Sunday. 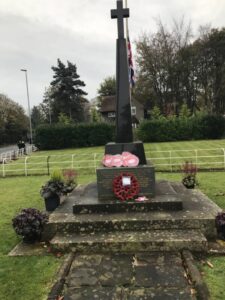 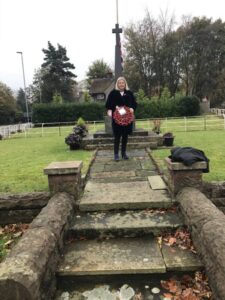 For out of hours noise disturbance including building work please contact the Environmental Protection Team at Cheshire East Council by ringing 0300 123 5015 or e-mail environmentalprotection@cheshireeast.gov.uk 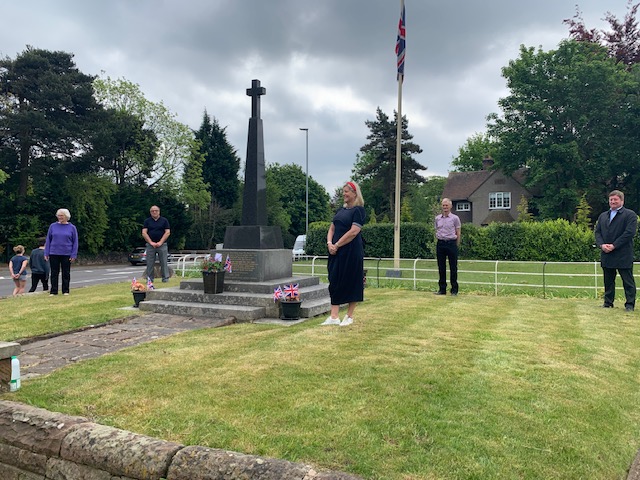 Members of Mere Parish Council laid a bouquet of flowers at the Mere Cenotaph in celebration of VE Day on the 8th May.

All residents, family and friends welcome.

Numerous meetings were attended at Manchester Airport with Myself and Linda  Reynolds becoming members of the MANCHESTER  Airport Consultative committee.

I also  was invited to join a focus group to discuss the future airspace project . At all times we try to engage with the Airport to  help then understand our residents concerns with noise and emissions . Wendy Sinfield the Community relations manager has also attended Parish Council meetings .

Councillors have attended many meetings relating to HS2 and we  are always happy to speak to any residents on this subject . We did have representatives from HS2 attend a Parish meeting during the year ,

We are constantly trying to liaise with Cheshire East to ensure all areas of Mere are kept tidy . Unfortunately we are not always as successful as we would like .

The B5569 is high on our list of priorities.

We appreciate speeding in the area is a concern to many residents and we are always trying to do whatever we can to make our roads safer .

In November we held our annual bonfire at Tabley and Mere parish club. This is always a great community event and everyone is welcome .

I had the honour of laying the Wreath on Remembrance Sunday at the Cenotaph and it was very special to see lots of you there .

The Parish Council plan to celebrate VE Day on Friday 8 May and hope as many residents as possible will attend . Further details to follow .

Just a reminder that our council meetings are open for any resident to attend .

Vacancy for a Councillor July 2020

Members of Mere Parish Council and Mere residents laid a wreath at the Cenotaph on Sunday 10th November, 2019

This website uses cookies to improve your experience while you navigate through the website. Out of these cookies, the cookies that are categorized as necessary are stored on your browser as they are essential for the working of basic functionalities of the website. We also use third-party cookies that help us analyze and understand how you use this website. These cookies will be stored in your browser only with your consent. You also have the option to opt-out of these cookies. But opting out of some of these cookies may have an effect on your browsing experience.
Necessary Always Enabled
Necessary cookies are absolutely essential for the website to function properly. This category only includes cookies that ensures basic functionalities and security features of the website. These cookies do not store any personal information.
Non-necessary
Any cookies that may not be particularly necessary for the website to function and is used specifically to collect user personal data via analytics, ads, other embedded contents are termed as non-necessary cookies. It is mandatory to procure user consent prior to running these cookies on your website.
SAVE & ACCEPT